Umrah is a Holy Journey but rewards of Umrah is less than the rewards of Hajj because Hajj is mandatory while Umrah is not mandatory. Muslims can get many uncounted rewards during the Umrah, in which main rewards, remove the poverty, forgiveness from sins, and reward which is equal to the reward of Jihad.

Therefore, everyone should know about all parts of Umrah, if anyone has decided to perform it in this year. The parts of Umrah is so simple such as Ihram, Tawaf, Sai, and Halq or Taqsir and there is the best option for him/her, which is a Travel agency. Let’s suppose if you make a plan to perform Umrah then firstly, you will go to the best travel agency which will arrange different best Umrah Packages 2020 on your requires and wishes.

What is a necessary part to perform the Umrah?

Umrah consists of four parts, if one part is left at any reason then Umrah will not complete. Therefore Ihram is very essential and is the first part of Umrah But then a question which comes in the mind of every person, where is the best place to wear Ihram?

The best place of wearing Ihram is Miqat and it means “a stated place”. It is only necessary for those persons who want to perform Hajj and Umrah.

There are five points of Miqat to wearing the Ihram.

1-First Point of Miqat to wearing the Ihram:

It is Dhat Irq Miqat and it is around 94 km towards the North East of Makkah. This is the miqat for pilgrims of Iraq, Iran and for those coming from that direction. Dhat Irq is Miqat point used during Hajj on the way from Makkah to Kufa.

2-Second Point of Miqat to wearing the Ihram:

3-Third Point of Miqat to wearing the Ihram: 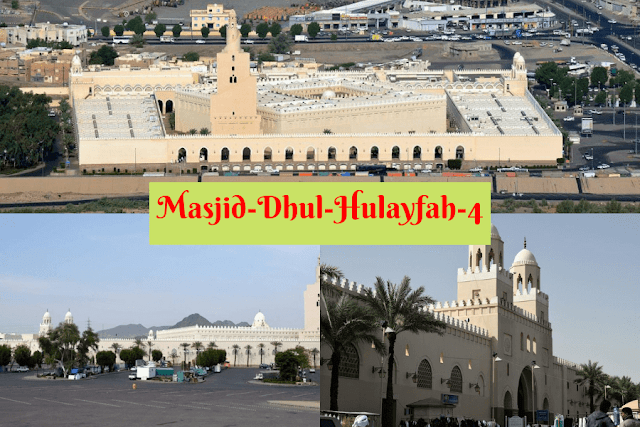 It is a Miqat Masjid Dhul Hulafah and it is around 9 km from Madina and around 450 km from Makkah. It is Miqat for those who are the residence of Madina and for those who want to approach Makkah from that same direction. Nowadays it is known as “Abar Ali”.

If someone wants to perform Hajj from Madina then he/she should wear Ihram at miqat from Madina. It is not necessary for him/her that he/she wears Ihram by going inside the miqat mosque Dhul Hulifa. He/she can wear on the side of the mosque as well.
There is no issue to wear the Ihram in old and new mosque.

4- The Fourth point of Miqat to wear the Ihram:

It is Juhfa Miqat and it is around 183 km to the northwest of Makkah. This is the miqat for people who come from the direction of Egypt, Syria, Jordan, Lebanon, Europe, Turkey, North America, Algeria, and North Africa.

This city is nine kilometers far from the city of Ghadir Khumm, close to the Red Sea. Nowadays, those pilgrims use this Miqat to wear Ihram who wants to perform Hajj and Umrah from Jeddah to Makkah. The old name of this city was Mahyaa.

5- The Fifth point of Miqat to wear Ihram:

It is Qarn al-Manazil and it is a mountainous spot close to Taif due to which it is also known as Miqat Taif. It is situated at about 94 km to the east of Makkah. It serves as a Miqat for pilgrims of Najd and for those people who live in Taif and Riyadh. This miqat is also used for people who come from the U.A.E. and such as Australia, Malaysia, Singapore, Pakistan, and etc.

What is the Miqat in Makkah for Umrah?

Muslims who come to perform Umrah from the whole world that they wear Ihram from any of five Miqats which will be mention above.

2nd question, which comes in the mind of people, where is Miqat in Makkah for Umrah.
Muslims who are resident of the city of Makkah, they can go to the nearest Miqat from Makkah to wear Ihram. 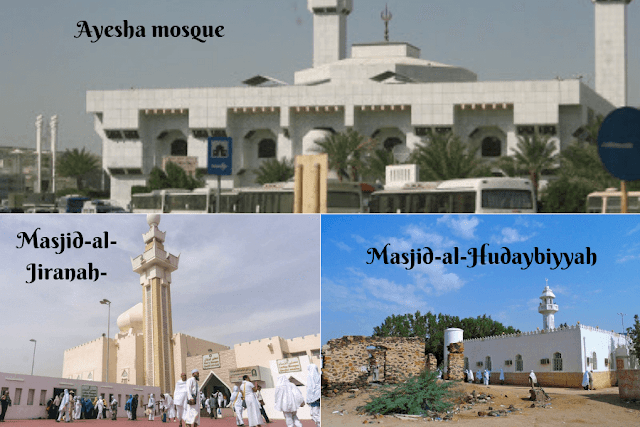 It is a miqat for residents of Makkah and they go to this mosque to wear the Ihram.

People wear Ihram in this mosque because our beloved Prophet Muhammad (Peace Be Upon Him) worn his Ihram when He (PBUH) returned from the battle of Hunayn.

This mosque is placed on that location where Muhammad (Peace Be Upon Him) wanted to enter the Makkah to perform Umrah but the non-Muslims of Makkah did not allow Hazrat Muhammad (PBUH) and his companions to enter in the Makkah. This place is also used to wear the Ihram because it is outside the boundary of Haram.

Miqat is a very important place for every Muslim who wants to perform the Umrah but if he/she breaks the rules of wearing Ihram then his/her Umrah does not complete. If anyone wants to perform Umrah with a fulfill intentions then he/she will need to go the best travel agency which provides proper guidance with the best Cheap Umrah Packages.

Three Stages Of Ramadan | The Parts Of The Month Of Ramadan 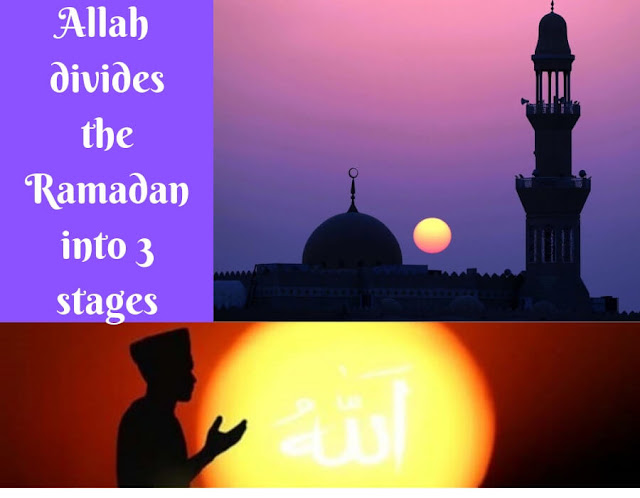 Ramadan is the ninth month of the Muslim calendar (Islamic lunar calendar). In Muslim calendar, months may be consist of 29 or 30 days. It is a great month from other months because Muslims fast during this month. Fasting during the month of Ramadan is a pillar of Islam whereas the total number of pillars in Islam are five. There are some important reasons due to which Ramadan is different from the other months.

The first reason is that Allah revealed the Holy Quran to Prophet Muhammad (Peace Be Upon Him) in this month and a night comes in this month, which is greater from all other nights, in the term of rewards, because the worships of this night is equal to worships of nights of One Thousand months. This is a great reward of Allah for the Muslims. The name of this night is called Laylatul Qadar.

This is a great month for performing the Umrah, therefore Muslims from all over the world want to perform Umrah in this month. It is a peak season for Umrah, therefore, in these days of Ramadan, the price rate of flights, hotels, and transports are increased than the other days. It is essential for everyone who performs the Umrah this year, then he/she should go to the travel agency who will help you with Ramadan Umrah Packages 2020.

In this month, 1 reward is equal to 70 rewards. The month of Ramadan is divided into three stages or three parts.

The first stage of the month reflects the mercy of Allah Almighty.

The second stage of this month reflects the forgiveness of Allah Almighty.

The third stage of this month reflects safety from hell. 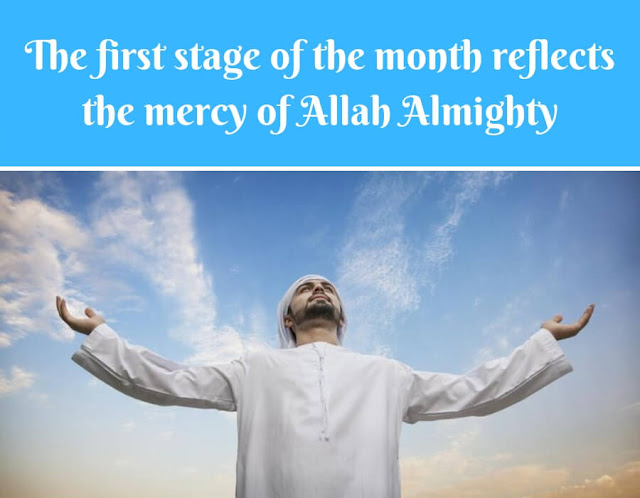 The first 10 days of the month of Ramadan are the days of Mercy, therefore, every Muslim must seek the mercy and blessings of Allah in these days because His mercy is boundless. A special verse which every Muslim recites in the first ten days.

Translation of the verse: O! My Lord (Allah) Forgive and have Mercy and you are the Best of Merciful.

The purpose of the 1st stage of Ramadan is practicing being merciful to your fellow beings by:

3: Allah helps those who help others, therefore, Help people whenever and never say to them. 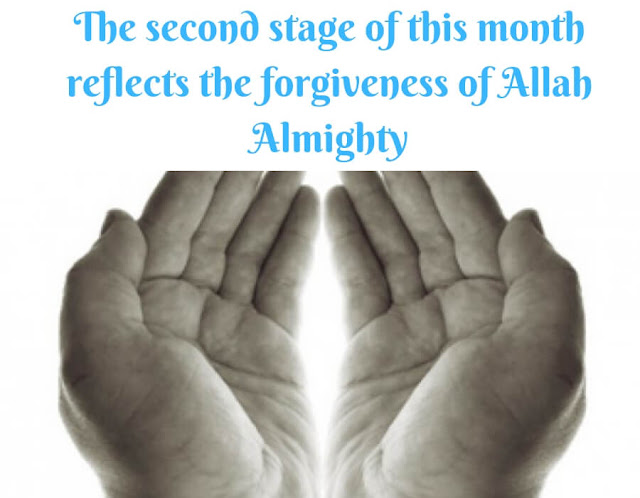 The 2nd stage of Ramadan also consists of 10 days. It starts from 11th Ramadan and ends 20th Ramadan.

Therefore second 10th days of Ramadan are days of forgiveness. In these days, Muslims must seek the forgiveness of Allah and regret their sins.

A special Dua for the 2nd stage is:

Translation: I seek forgiveness from Allah Almighty, my Lord (Allah), from every sin I committed.

Forgiveness means Astagfar. In these days, Allah’s forgiveness is at its peak.

He pardons just the individuals who prostrate before him with ashamed spirit and promise in the heart not to do the same again ever. Allah loves those who regret their sins, in fact, He is the only forgiver. 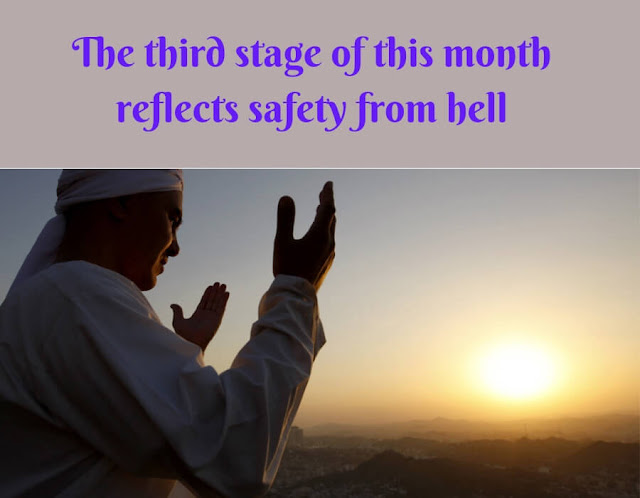 This is the last stage of the month of Ramadan. It starts from 21st Ramadan and ends 29th or 30th Ramadan.

Third 10th days of Ramadan are days of seeking refuge or safety form the hell. Muslims must seek safety from the hell which is a place of bad people. This is a very superior and important stage of Ramadan. The night of lailatul Qadar comes in this stage.

As Allah stated in the Quran:

A special Dua for this stage is:

Translation: O Allah! Protect us from the Hell – Fire.
Posted by Labbaik Hajj Umrah at 05:26 4 comments: